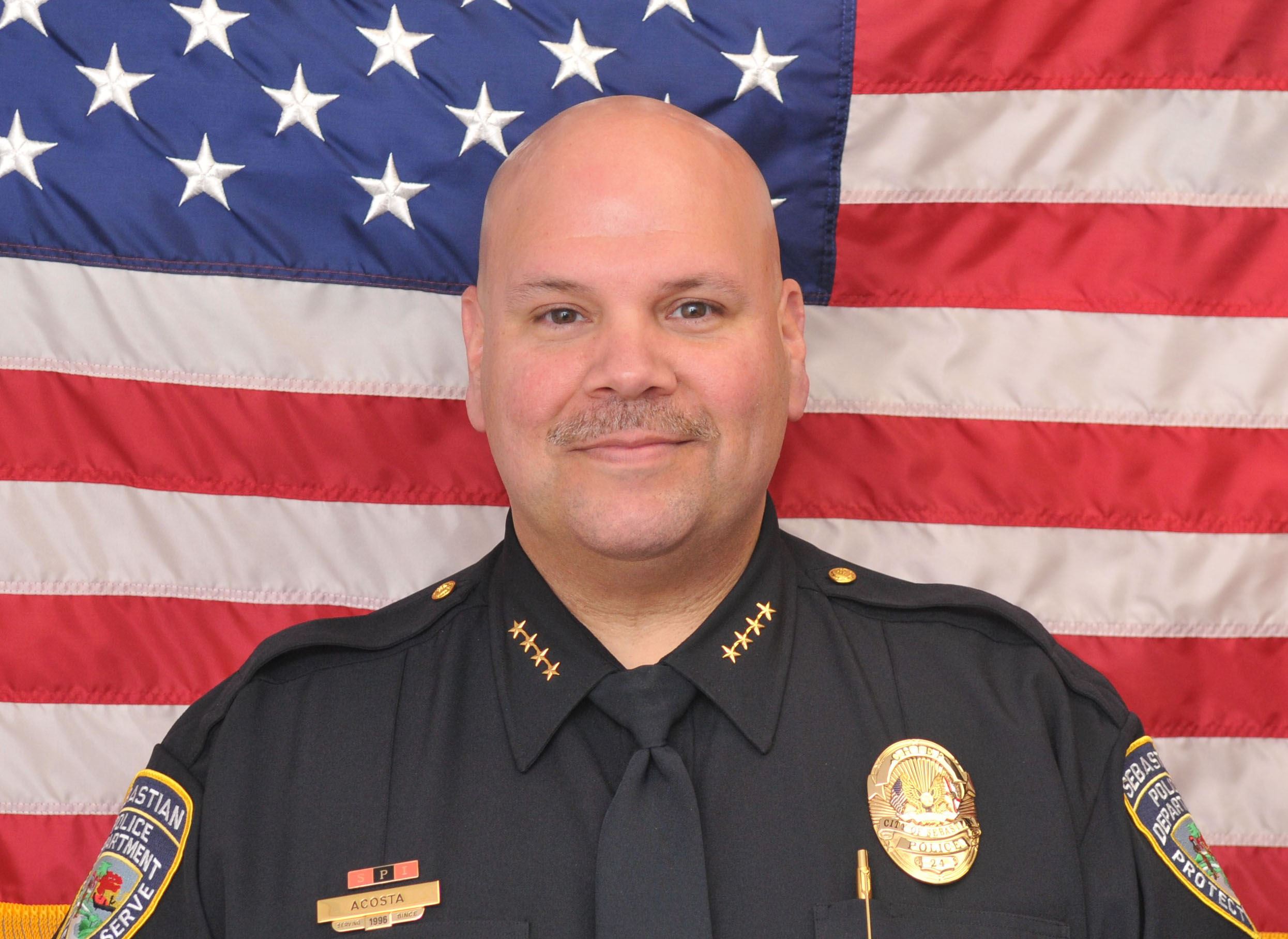 aniel Acosta has been employed by the Sebastian Police Department since 1999. Prior to being appointed as the Chief of Police, he served as the Operations Captain, which included Road Patrol, the Criminal Investigations Division, the Communications Center, School Resource Officers, Community Oriented Policing Endeavor (COPE), the Special Response Team, and the Volunteer Program.

Chief Acosta obtained an Associate in Science degree for Criminal Justice from Brevard Community College (now Eastern Florida State College), a Bachelor of Science degree in Administration from Barry University, and earned a Master of Public Administration from Barry University.  Chief Acosta is also a graduate of the Southern Police Institute's 140th session of the Administrative Officers Course at the University of Louisville, and the Federal Bureau of Investigation's 2nd session of the National Command Course, among several other leadership classes.

Chief Acosta began his law enforcement career in 1995 when he attended the Police Academy in Brevard County and worked for the Fellsmere Police Department prior to being hired by the Sebastian Police Department. His experience includes working as a Patrol Officer, Field Training Officer, Detective, tactical member of the Special Response Team, Hostage Negotiator, Patrol Corporal, Patrol Sergeant, Detective Sergeant, Support Services Commander and Operations Captain. He has also served as the background investigator for all positions hired within the Police Department and as a Computerized Voice Stress Analyzer (CVSA) operator, for the purposes of truth verification, for both investigative and employment selection purposes.  He is currently the President of the Treasure Coast Chiefs of Police and Sheriff's Association and serves on the board of executives for the Substance Awareness Center of Indian River County, as well as, the Executive Roundtable of Indian River County. 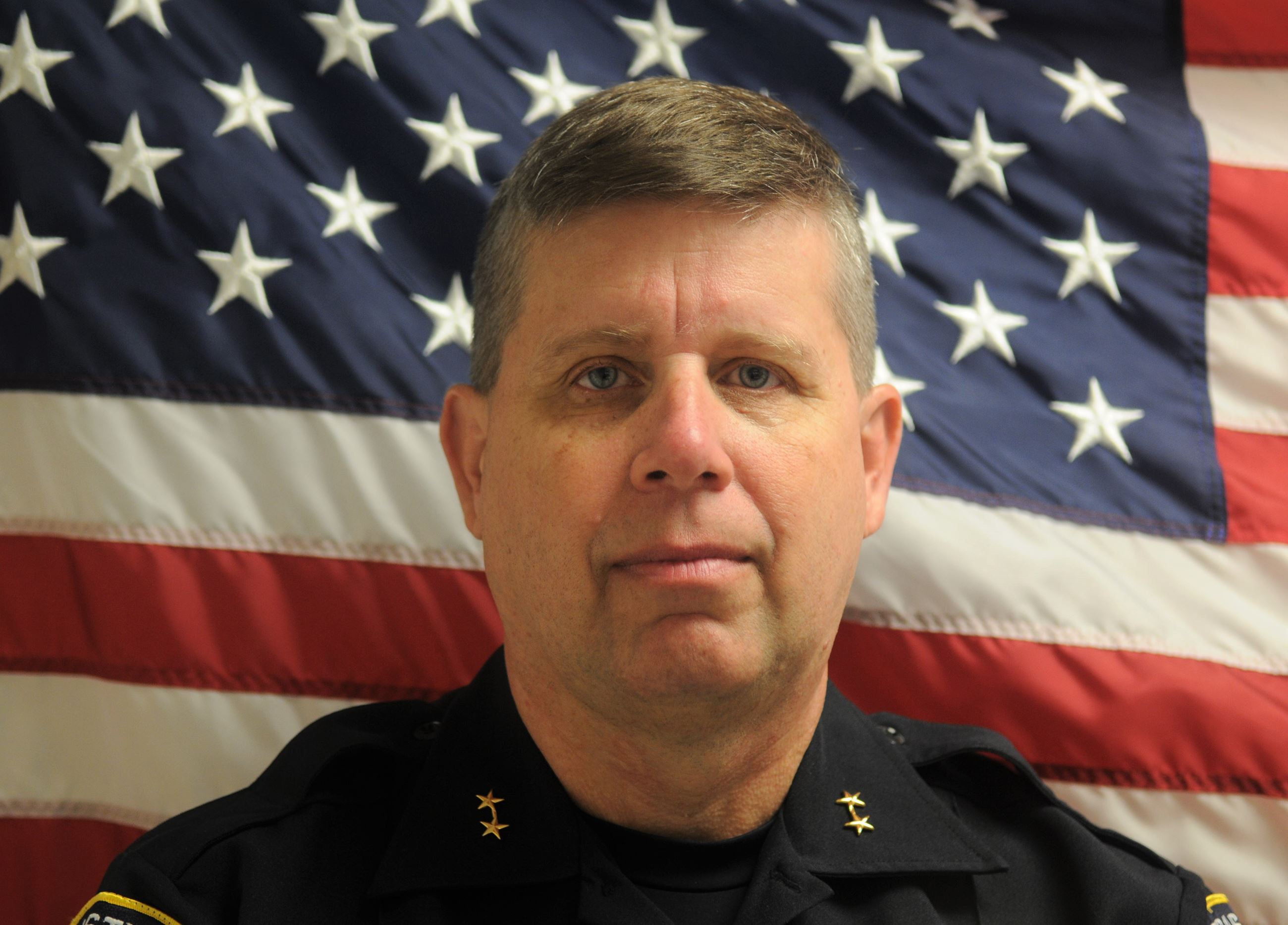 In 2009, Deputy Chief Witt was selected to sit on the board of directors for the South Eastern SWAT Association as the Florida representative, and served a two year commitment. He has also worked as an adjunct instructor for Indian River State College.

Captain Wood obtained his Master's Degree in Business Administration from Western Governors University in 2022 and a Bachelor of Science Degree from The State University of New York at Oneonta in 2005. He graduated from the FDLE Florida Leadership Academy (Class 34) and the 21st session of the Florida Executive Development Seminar.

After moving to Florida in 2006, he was a high school Biology teacher for four years. He then pursued his passion for law enforcement, enrolling into the Basic Recruit Academy at Indian River State College in 2009 and was hired in 2010 by the Sebastian Police Department.

As a Patrol Sergeant, Captain Wood was named as the 2016 Officer of the Year for his work revamping the Field Training and Evaluation Program. 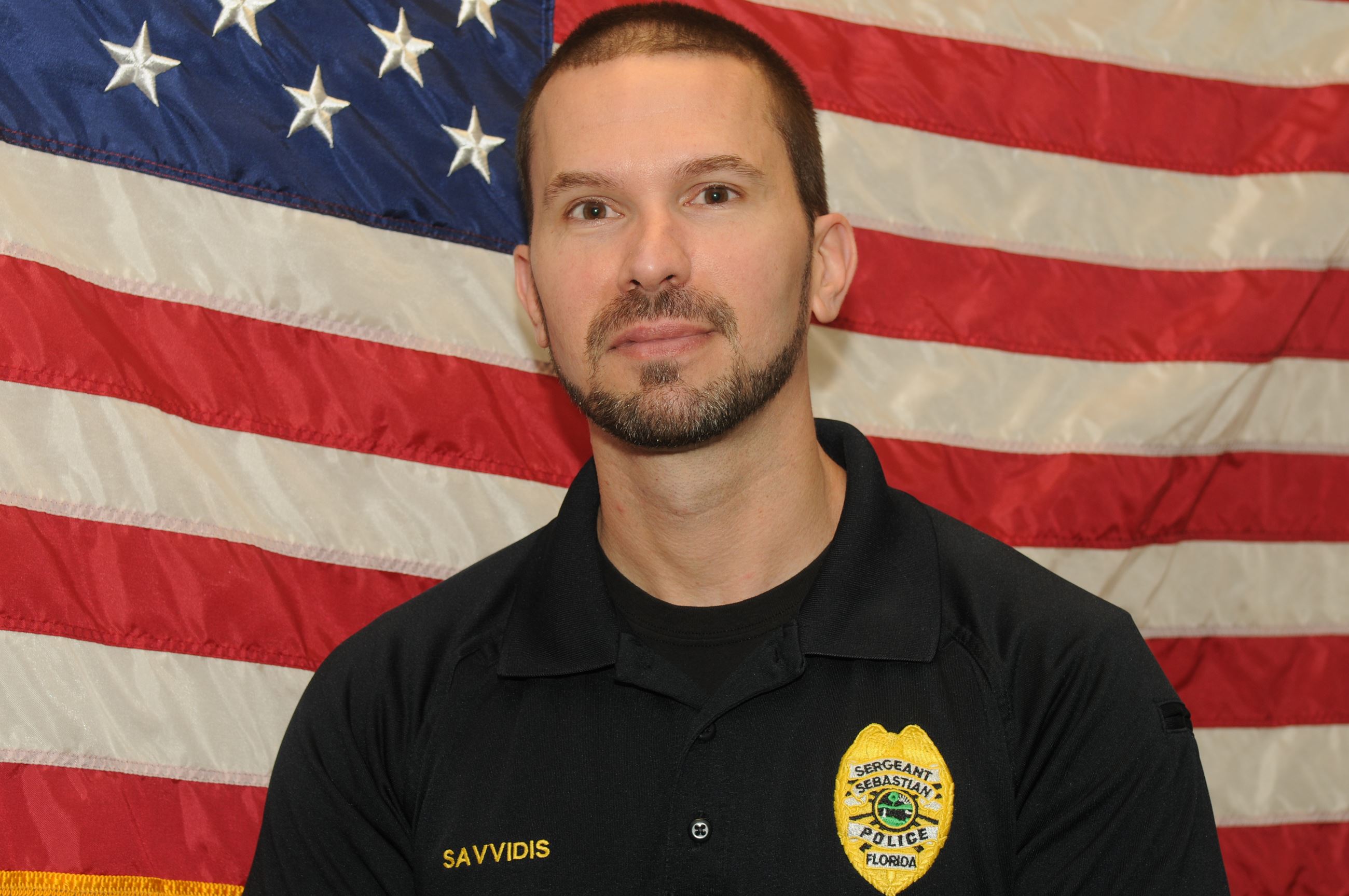 Lieutenant Savvidis graduated from the FBI National Academy in 2014. 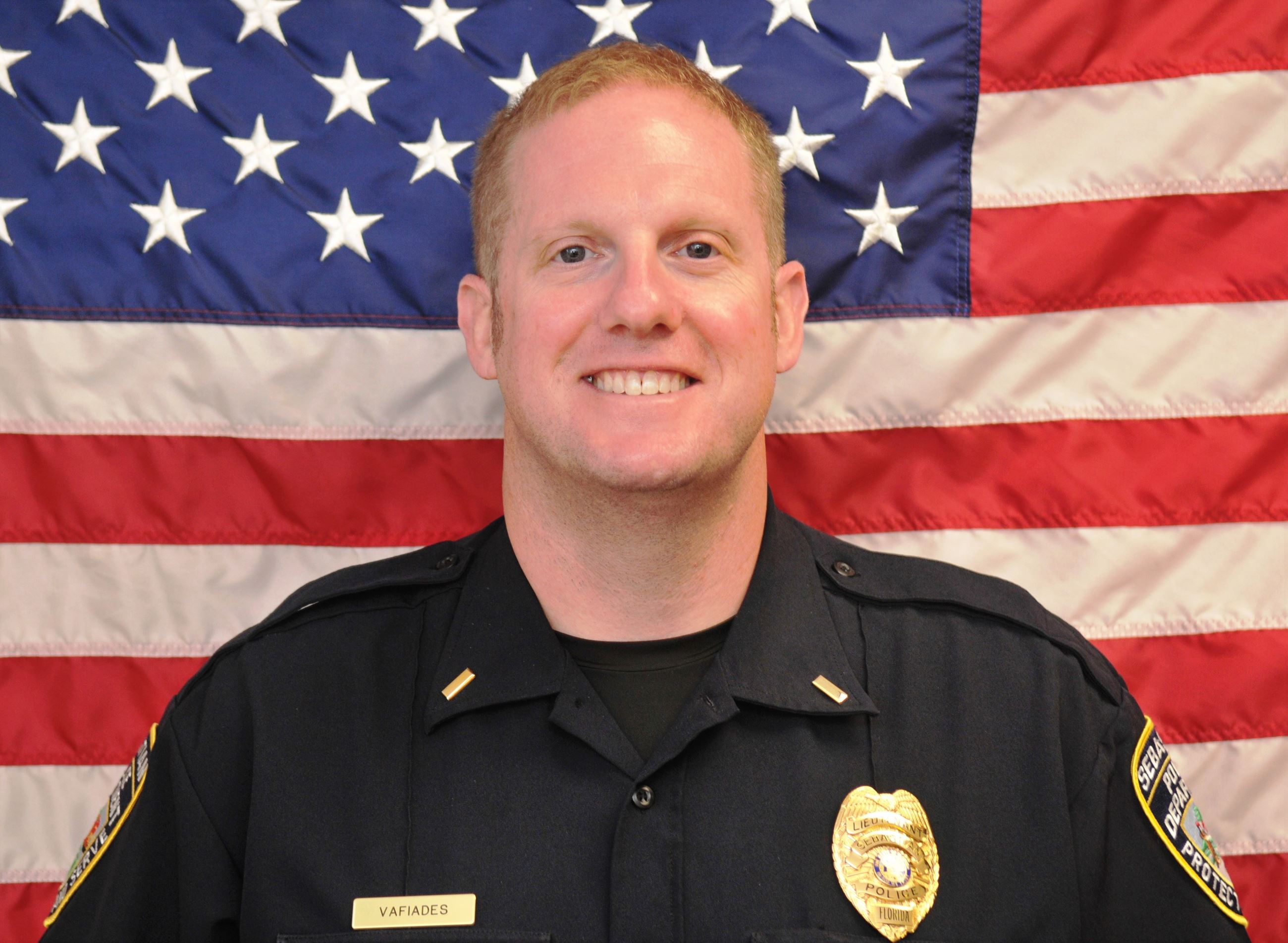 Lieutenant Vafiades earned his Bachelor of Science degree with a major in Criminology from Florida State University.

Lieutenant Vafiades graduated from Sebastian River High School and moved to Tallahassee to attend college. After graduating, he attended and graduated from the Pat Thomas Law Enforcement Academy in 2003. He was hired by the Sebastian Police Department in 2004.